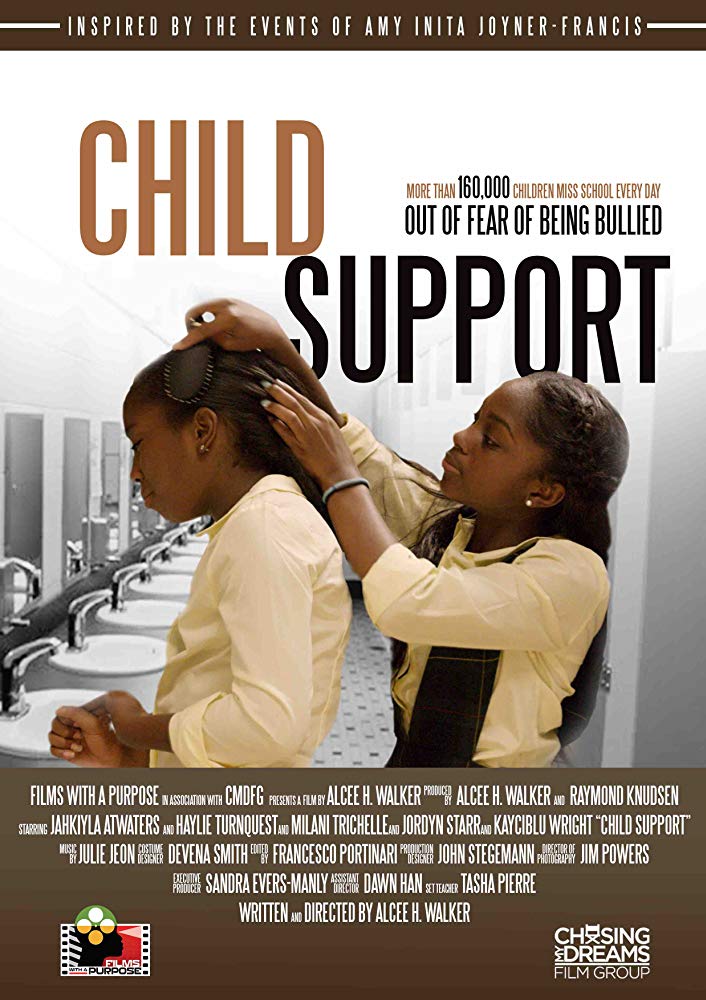 Monica, a middle school student, is forced to play survival of the fittest with bullies at school and compete with her younger sister for emotional support at home. Jordyn played the role of Adriana Garcia, who was the best friend of the younger sister. Adriana supported her friend and brought life to their girl scout days. Child Support is an independent film that was written & directed by award-winning Alcee Walker.